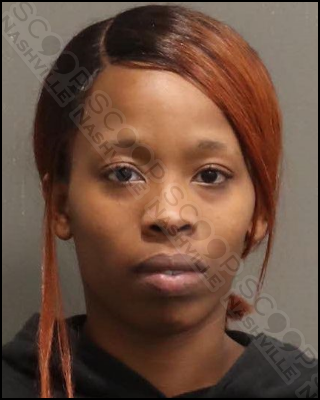 21-year-old Dhasia Holliday had picked up her girlfriend, Sinqueta Davis, after her vehicle broke down, and the two began arguing while in the vehicle. At some point, the argument escalated when Dhasia, who was driving, struck her partner in the face. Dhasia then noticed an officer on the side of the road conducting a traffic stop and pulled in behind the officer and parked. Dhasia told police that Sinqueta there her phone charger out of the window, which is why she slapped her in the face.

Dhasia Holliday was booked into the Metro Nashville Jail on June 9th, charged with domestic assault. She is free on a $1,000 bond.