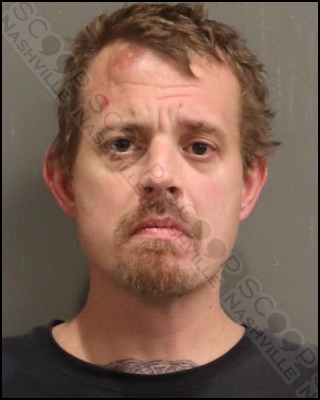 45-year-old John Freeman. was involved in an automobile crash on Acklen Ave on June 12th and when officers responded they smelled alcohol coming from and noticed several signs of intoxication, so they requested he perform field sobriety tests. Freeman performed poorly on those tasks and asked the officer which language he’d like to hear while performing the tests. Freeman claims he was just driving when a car pulled out in front of him, however, multiple witnesses confirmed all other vehicles were parked in front of a home when he crashed into them. Freeman had two bottles of vodka on him at the time of his arrest.

John P. Freeman Jr., of Whispering Hills Drive in Nashville, was booked into the Metro Nashville Jail on June 12th, charged with driving under the influence (DUI) and violation of the implied consent law. He is fee on a $3,000 bond.