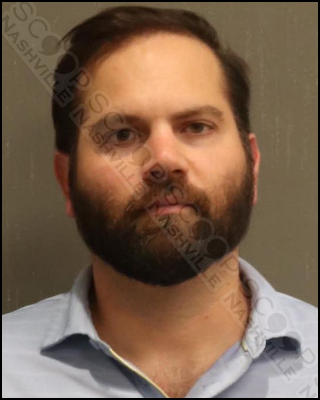 Late Thursday night, several witnesses observed 37-year-old accountant Kyle Meek crash into a yard and fence in a residential area. They reportedly overhead Meed saying he needed to get out of the area “before the cops arrived”, and was openly admitting he was drinking alcohol prior to driving. He was still on scene when officers arrived and stated he was attempting to drive to his girlfriend’s house for a camping trip when he “missed a curve” and didn’t remember anything after that. He performed poorly on field sobriety tests and stated he drink 2 “very strong” Gin & Tonic drinks an hour before the crash. #RunKyleRun

Kyle L. Meek, of Hwy 70 S in Nashville, was booked into the Metro Nashville Jail on June 17th, charged with driving under the influence (DUI). A commissioner set his bond at $2,500 and the Davidson County Sheriff’s Office gave him pre-trial release from their facility.