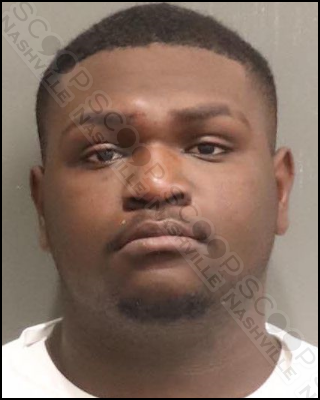 19-year-old Sammie Deas is charged with the domestic assault of his boyfriend, Jantoine Polk, who witnesses say he whipped with a phone charger and punched in the face. Officers arrived at the Antioch apartment Thursday, where Polk says the argument began as he was letting a friend use Sammie’s phone charger. This upset Sammie, who whipped the victim twice with the cord of the phone charger, leaving multiple injuries to his chest. Sammie then came from behind to strangle him until he was unable to breathe. He then reportedly punched Polk in the face 4-5 times as he attempted to escape the apartment.

Sammie Deas, of Richards Road in Antioch, was booked into the Metro Nashville Jail on June 16th, charged with aggravated assault – strangulation, and false imprisonment. He is free on a $6,000 bond.