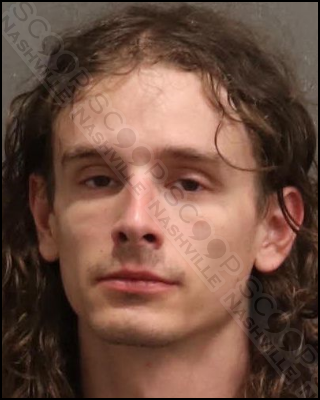 Officers say 27-year-old Destin Lovett continuously muttered under his breath bout “trees and vegetables” after he was involved in a minor traffic crash in downtown Nashville. He attempted to leave the scene but was detained by the other involved party. Police arrived to find a mostly-empty Miller High Life can inside his vehicle, and recall that Lovett reeked of alcohol. He admitted to drinking four 36oz High Life cans and stated he was a “6 or a 4” on the “How drunk are you on a scale of 1-10” question. A breathalyzer resulted in a 0.155% BAC.

Destin C Lovett was booked into the Metro Nashville Jail on June 12th, and chose an immediate hearing on June 14th during which he plead guilty to the DUI and the open container violation was dropped. He received an 11/29 sentence with all suspended except 48 hours, which he served, and the remainder will be on probation and a $350 fine with $773.50 in court costs.