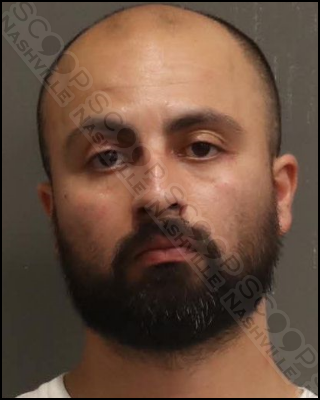 Metro Nashville Police working the Entertainment District Initiative in downtown Nashville located 35-year-old Ebrahim Parvizshahi outside of Nudie’s Honky tonk yelling and screaming at bouncers from the venue. An officer was already attempting to assist security with another patron when Parvizshahi inserted himself into that interaction by pushing the officer. As they attempted to take Parvizshahi into custody he attempted to flee and push his way through the crowd but was eventually taken into custody. It was later learned the other patron was his brother.

Ebrahim Parvizshahi, of W. Chateau Ave. in Anaheim, CA, was booked into the Metro Nashville Jail on June 11th, charged with assault of an officer and resisting arrest. He is free on a $7,500 bond.