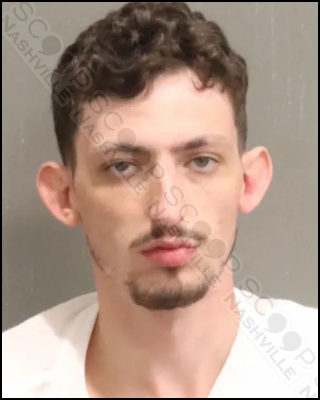 25-year-old Dillon Whitehouse was found shirtless at 120 3rd Ave S. Sunday, outside the FGL House Bar holding a gun while stating he was going to kill someone. Officers arrived at the scene and multiple people pointed them in the direction of Whitehouse, stating “he’s gon a gun!” As officers approached he tossed the handgun under a black car and was detained by officers before being transported to booking.

Dillon Chase Whitehouse, of Murray Place in Nashville, was booked into the Metro Nashville Jail on June 19th, charged with being a felon in possession of a weapon. He is free on a $5,000 bond.