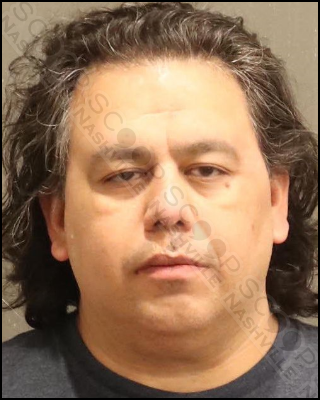 Officers working the Entertainment District Initiative in downtown Nashville Saturday night were notified that a bartender had been assaulted by a patrol, 43-year-old Jesse Horn. As officers responded, Horn immediately walked up into an officer’s face and became aggressive. Horn reportedly reeked of alcohol, could barely walk, and was unable to form sentences that resembled spoken English.

Jesse Horn, of Grace Ct in Greenbrier, was booked into the Metro Nashville Jail on June 18th, charged with disorderly conduct and public intoxication. A judicial commissioner set his bond at $200 and the Davidson County Sheriff’s Office gave him pre-trial release from their facility.