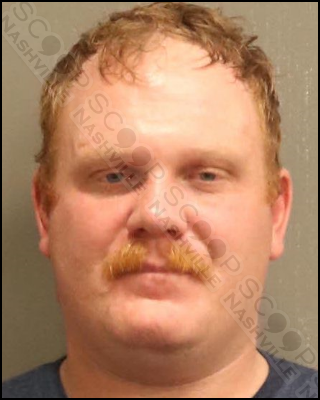 27-year-old Patrick Ryan ran up to a parked Metro Nashville Police cruiser at 4th & Broadway and slammed his hands onto the glass. As Officer David Collins rolled down his window to inquire as to how he could assist the visitor, Ryan stated “find my wife or take me to jail!” As Officer Collins exited the patrol vehicle, Ryan placed his hands behind his back without any further conversation or provocation and continued slurring his words, obviously intoxicated. He continued to have trouble standing and was taken into custody for public intoxication.

Patrick W. Ryan was booked into the Metro Nashville Jail on June 18th, charged with public intoxication. A judicial commissioner set his bond at $500.