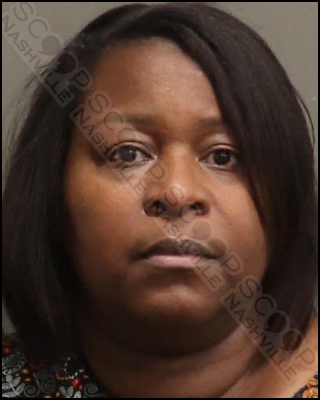 Police responded to Heron Point Drive on June 20th and met with Sheddrick Dewayne Howard, who explained his wife, 43-year-old Kendra Howard, had a verbal disagreement over him purchasing a new car. During the argument, and reportedly without any further provocation, he says Kendra then bit through the flesh on his left forearm, causing him to have a cut and a developing contusion, which was documented. Kendra had fled the scene before officers arrived and a warrant was issued for her arrest. She was booked on the outstanding warrant the following afternoon.

Kendra C. Howard, of Heron Pointe in Nashville, was booked into the Metro Nashville Jail on June 21st, charged with domestic assault with bodily injury. She is free on a $1,000 bond.