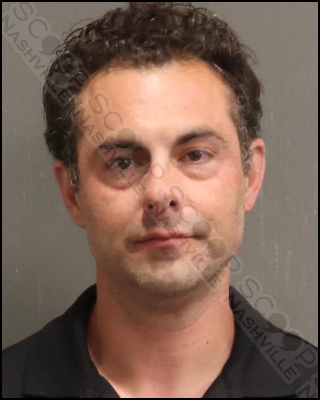 Metro Nashville Police working the Entertainment District Initiative in downtown Nashville Thursday encountered 39-year-old tourist Adam Donato near 4th & Broadway, as he had just been ejected from a local bar due to being disorderly with patrons inside. As officers made contact with the heavily intoxicated man, he threatened to assault the MNPD officer and yelled “I will fucking kill you if you touch me”. Donato was taken into custody for public intoxication, and a commissioner set his bond at $10.

Adam N. Donato was booked into the Metro Nashville Jail on June 23rd, charged with public intoxication. A judicial commissioner set his bond at $10.