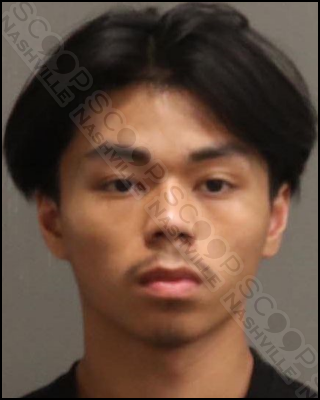 19-year-old Aiden Macaraig was booked into the Metro Nashville Jail this week on an outstanding warrant for felony theft. Police say Macaraig was employed by Mapco last September when during a five-day period he stole five retail packs of scratch-off lottery tickets and activated them. The retail cost of the stolen tickets totaled $2,400.

Aiden Jared Macaraig was booked into the Metro Nashville Jail on June 20th, charged with felony theft. A judicial commissioner set his bond at $4,800, and the Davidson County Sheriff’s Office gave him pre-trial release from their facility.