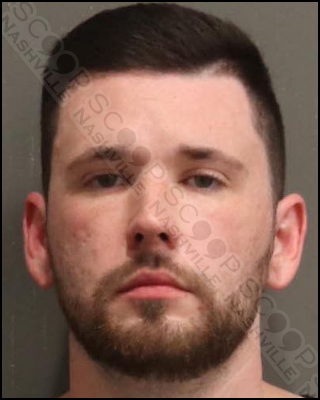 28-year-old Grant Williams was involved in a vehicle crash near S. 5th St. & Crutcher St. and while speaking to responding officers, they detected an odor of alcohol coming from him. He admitted he had just come from a bar where he had “three beers” in the time shortly before the crash. After initially agreeing to field sobriety tests he became unwilling or unable to complete them. He eventually blew a 0.132% BAC on a breathalyzer.

Grant Williams, of Main Street in East Nashville, was booked into the Metro Nashville Jail on June 22nd, charged with driving under the influence (DUI). A judicial commissioner set his bond at $1,000, and the Davidson County Sheriff’s Office gave him pre-trial release from their facility.