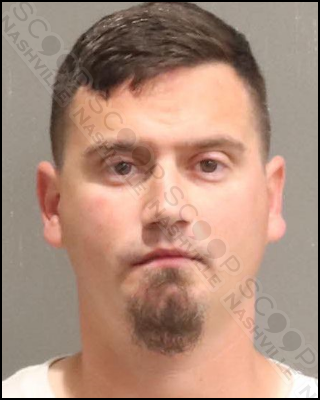 In the early morning hours of July 1st, 29-year-old Markus Higgs was found unresponsive in an alley near 417 Broadway in downtown Nashville. As officers checked on his welfare, they could see he had slight breath movements in his chest, but either could not or would not answer any questions such as who he was, where he was, how old he was, or what he was doing there. Medics responded to the scene and assisted him to a stretcher when he suddenly swung at one of the first responders and began screaming at police and kicking at officers, making impact with Officer Wheatley’s chest. He was then cuffed, restrained, and transported to booking.

Markus W. Higgs was booked into the Metro Nashville Jail on July 1st, charged with public intoxication, resisting arrest, and aggravated assault on a first responder. A judicial commissioner set his bond at $4,500 and the Davidson County Sheriff’s Office gave him pre-trial release from their facility.