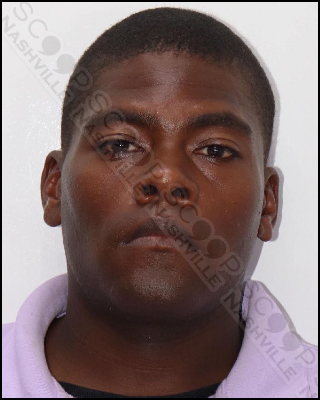 Metro Nashville Police jailed 36-year-old Timothy Taylor after they say he was walking along Broadway in downtown Nashville Saturday night while screaming “Allahu Akbar” at tourists and others enjoying the city. The arresting officer states in an arrest report that Taylor was “disturbing surrounding individuals and making them nervous due to the constant screaming of “Allahu Akbar.” Officer Ronald Conner says he immediately placed him into custody after this behavior and notes that earlier Taylor was seen talking “with motorcycle club members” and was asked to move along after officers felt a fight was about to occur.

Timothy L. Taylor, of Golden Hill Ct in Nashville, was booked into the Metro Nashville Jail on July 3rd, charged with disorderly conduct. A judicial commissioner set his bond at $500, and the Davidson County Sheriff’s Office gave him pre-trial release from their facility.