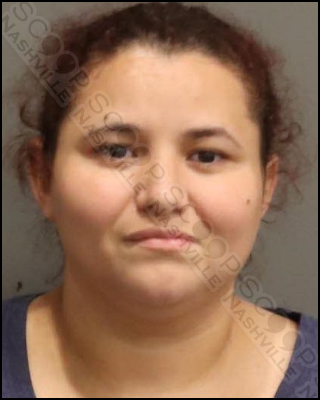 Police responded to Rothwood Ave after Marcos Martinez contacted police to report his wife, 33-year-old Ruth Beltran, took his passport from their vehicle and ripped it up before tossing the remaining pieces into a dumpster. Marcos says the two were in an argument about her cheating on him. She had fled the scene before offices arrived and a warrant for her arrest was issued, charging her with vandalism. She was booked on the charge the following day.

Ruth Noemy Beltran, of Rothwood Ave in Madison, was booked into the Metro Nashville Jail on July 8th, charged with vandalism. She is free on a $1,000 bond.