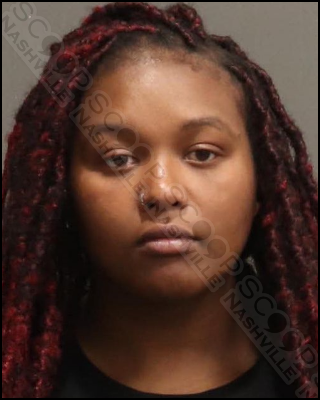 Metro Nashville Police say that during an interview with 23-year-old Genesis Gillenwaters, she confessed to knowing that her six-year-old son had been raped by a family member for approximately three weeks before the child made a disclosure about it to authorities. She stated she was “handing it through the family” and was getting both the child and the offender counseling instead of getting the police involved. She also stated she was aware that the offender still had access to and had been around the child even after she knew about the rape. Gillenwaters is charged with child abuse for allowing the child to continue to be around the perpetrator after the rape, and with failure to report child abuse.

Genesis Lajoya Gillenwaters, of Due West Avenue in Madison, was booked into the Metro Nashville Jail on July 8th, charged with one count of child abuse and one count of failing to report child abuse. She is free on a $20,000 bond.