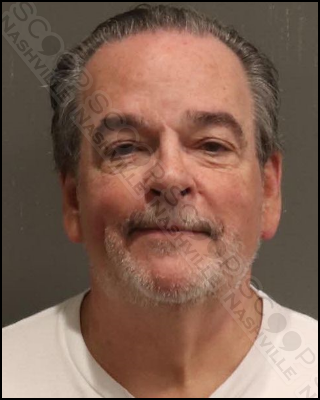 Metro Nashville Police say Peggy Damelio was transported to the hospital after what was initially reported as a fall, however, once at the hospital she disclosed that the broken him and laceration to her forehead actually came from her husband, 68-year-old Jonathan Damelio, knocking her down during an argument. She says they had been arguing about loans and their daughter moving back home from Michigan when the assault occurred.

Jonathan Howard Damelio, of Apollo Drive in Antioch, was booked into the Metro Nashville Jail on July 10th, charged with domestic aggravated assault. He is free on a $15,000 bond.