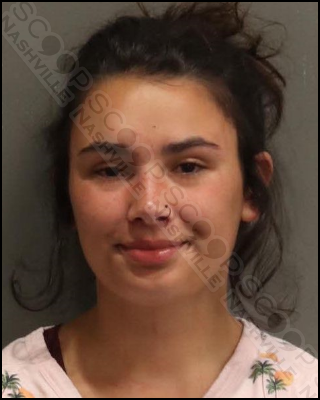 Amy Jett told police that her 19-year-old daughter, Lindsey Jett, “does this when she gets drunk” when describing how Lindsey attacked her mother, biting her wrist and her rib cage, and then strangling her with both hands. When police arrived at the Super 8 Motel on Royal Parkway, Amy explained the two had been taking shots together at another location earlier, and once back at the hotel room, an argument escalated. Officers documented bite marks and other injuries on the mother, along with ripped clothing. Lindsey had initially fled the scene before officers arrived but was taken into custody a short time later.