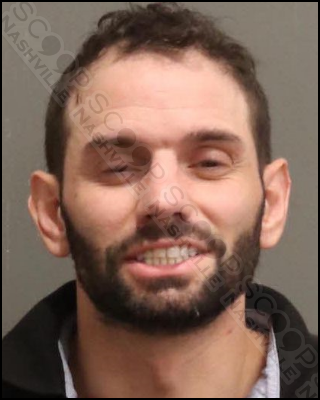 31-year-old Anthony Stahulak called police to report he was angry and upset about not being allowed entry into a bar on Broadway in downtown Nashville. Officers working the area quickly located Stahulak, who was swaying and unable to keep his balance on the sidewalk. Officers advised him to get an Uber and go home, and he began to walk away as if to comply with the request. A few moments later, he ran into another man near 4th and Broadway and attempted to start a physical fight. Due to his behavior and level of intoxication, he was transported to booking and charged with public intoxication and disorderly conduct.

Anthony David Stahulak, of E. Buena Terra Way in Scottsdale, AZ, was booked into the Metro Nashville Jail on July 9th, charged with disorderly conduct and public intoxication. A judicial commissioner set his bond at $1,100, and the Davidson County Sheriff’s Office gave him pre-trial release from their facility.