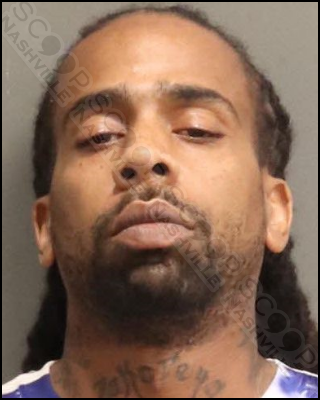 37-year-old Corey ‘Bow Wow’ Bean told police he was on his way to “visit a female” in North Nashville when he somehow crashed into a mailbox and a house on LaGrange Drive at 4 a.m. Wednesday, though he wasn’t sure how it happened. Though he admitted to drinking two shots of tequila around 11 p.m. the night before, officers say he and the vehicle reeked of marijuana and note he had red, droopy, bloodshot eyes upon their arrival. Officers located a roach and a bag of “Gusher” edibles inside the vehicle. Bean struggled to stay away on the way to the hospital, during the blood draw, and on the way to booking.

Corey D Bean, of Greenwood Ave in Nashville, was booked into the Metro Nashville Jail on July 13th, charged with driving under the influence (DUI), and two counts of drug possession. He is free on a $3,000 bond.