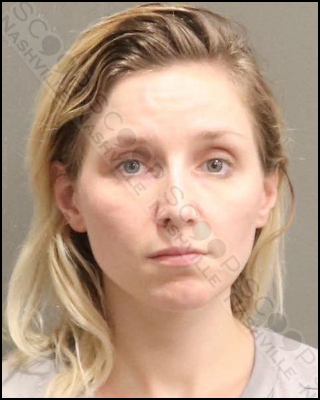 Metro Nashville Police say a St. Thomas Midtown Emergency Department Nurse called officers to have her patient’s spouse arrested for assault, but when it became apparent the pregnant patient, 30-year-old Nashville Musician Annie Moore, was the actual assailant, the Emergency Department nurses put a ‘social services’ delay on her discharge in an attempt to delay her arrest, with officers stating the nurses were upset they did not carry out the outcome they desired when they placed the call to police.

30-year-old Annie Moore says her partner, Joseph Rodriguez, is emotionally abusive but never hit her or even threatened to hit her. She says he aggressively woke her up asking where his paycheck was. Instead, she admits to hitting him, a nurse even confirmed to police that Moore used a phone to hit her partner.

During an interview, Joseph confirmed asking about his paycheck, as Moore often takes it and spends it, and that was not an unusual question for the couple, but this time it did cause an argument, and she struck him in his head with a cell phone. He was treated for a large laceration on his forehead and eye that required several stitches.

Based on the confessions and evidence, Police determined Moore to be the primary aggressor and advised the staff they’d be placing Moore into custody. The nursing staff in the Emergency Department was reportedly appalled that she would be arrested and not the man, and quickly worked to delay her discharge, in what police say was a direct response “because officers did not carry out the outcome they originally desired.” At the time the warrant was issued (05:16 a.m.) the nursing staff were still refusing to release her. It was several hours after the judge signed the warrant before police could take her into custody from hospital staff.

Annie Moore, of S. 14th Street in Nashville, was booked into the Metro Nashville Jail on July 19th, charged with domestic assault with bodily injury. She is free on a $1,000 cash bond.