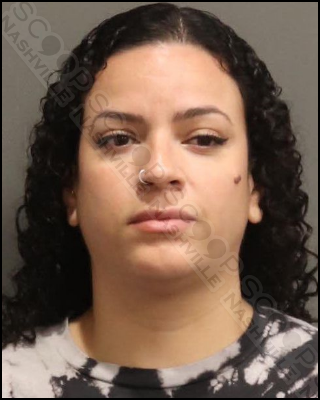 A Davidson County Grand Jury has indicted 39-year-old Shirley Saavedra for delivering over 300 grams of cocaine in April of 2022. A true bill was returned on June 22, and Saavedra was taken into custody on Monday. Saavedra was recently approved by the Metro Council to be a Notary Public. She remains jailed in lieu of a $150,000 bond.

Shirley Saavedra was booked into the Metro Nashville Jail on July 18th, charged with one count of cocaine delivery, over 300 grams. A judicial commissioner set her bond at $150,000.