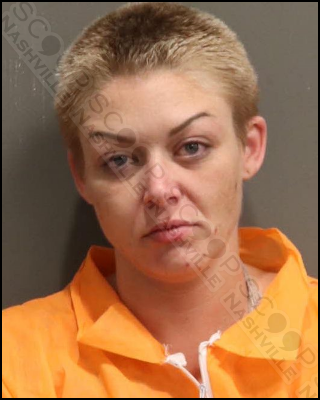 Employees at the Grand Hyatt Nashville contacted police just before 2 a.m. Sunday about 32-year-old Kay Loni Taylor, who was sleeping on a bench near the lobby at 1000 Broadway in downtown Nashville. At some point, hotel staff had asked her to leave the bench and she became belligerent and attempted to fight them. The hotel staff were not about that life and say Taylor called them racial slurs and spit on them during an altercation. Police also observed her yelling racial slurs and spitting and determined her to be highly intoxicated, and transported her to booking.