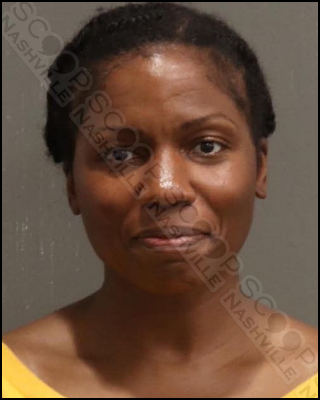 Three protestors were taken into custody at Nashville’s Planned Parenthood location Thursday during a protest. 41-year-old Edmee Chavannes demanded to be let inside the private building so she could “preach the gospel to the staff!” She told officers she planned on telling the staff they were murderers and preaching to them. 31-year-old Bevelyn Williams was beating on the door, yelling to be let inside while speaking in tongues. 33-year-old Rickey Nelson Williams, who was armed with a 9mm pistol, told police there were people inside murdering babies and refused to leave. He explained his group had been at the Mt. Juliet location earlier and were escorted away from that property before arriving here.

Edmee Chavannes of Collegedale, TN, Bevelyn Williams of 9100 Integra Preserve Court in Ooltewah, TN, and Rickey Nelson Williams of Scottsbluff, NE, were all booked into the Metro Nashville Jail on July 28th and each charged with criminal trespass. The Davidson County Sheriff’s Office gave them pre-trial release from their facility.