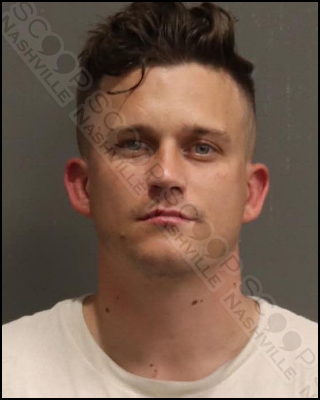 Metro Nashville Police Officers working the Entertainment District Initiative Thursday night on Broadway observed 29-year-old Joshua Aaron Petti punch another person in the face on the sidewalk in front of Luck Bastard Saloon just before 11 p.m. Officer Coleman attempted to take Petti into custody but was met with resistance as he pulled away. Officers eventually took Petti to the ground to gain control of him, and continued to struggle until he was transported to booking.

Joshua Aaron Petti, of West Virginia, was booked into the Metro Nashville Jail on July 28th, charged with disorderly conduct and resisting arrest. A judicial commissioner set his bond at $1,500, and the Davidson County Sheriff’s Office gave him pre-trial release from their facility.