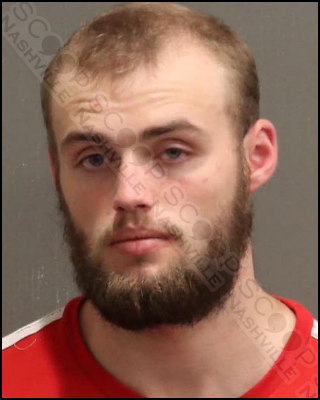 Metro Nashville Police say 21-year-old Austin Shearon alternated between crying and yelling after he was arrested in front of Layer Cake in downtown Nashville early Saturday morning. Officers working the Entertainment District Initiative encountered Shearon, a tourist from Iowa, after he was “flailing about” while yelling at people and being overall disorderly to others in the area. Police say he reeked of vomit and alcohol and just repeated himself throughout the entire interaction.

Austin Shearon of Des Moines, IA, was booked into the Metro Nashville Jail on July 30th, charged with public intoxication. A judicial commissioner set his bond at $100.