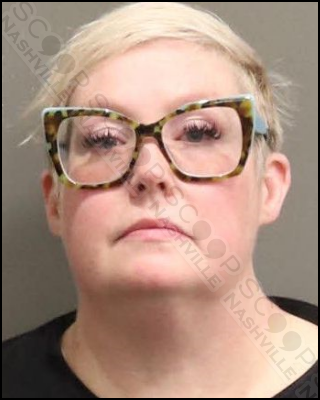 50-year-old Lisa Nicole Miethe was parked outside of Taqueria del Sol on 12th Ave. South late Thursday night when officers responded to a welfare check at the location. Responding officers found Miethe in the driver’s seat of a 2013 Mazda with the vehicle running. She reeked of alcohol and admitted to having 3 margaritas prior to getting in the vehicle. She performed poorly on field sobriety tests and was taken into custody. She would later blow a 0.082% BAC on a breathalyzer.

Lisa Nicole Miethe of Bradley Drive in Franklin, TN, was booked into the Metro Nashville Jail on August 5th, charged with driving under the influence (DUI). A judicial commissioner set her bond at $2,000 and the Davidson County Sheriff’s Department gave her pre-trial release from their facility.