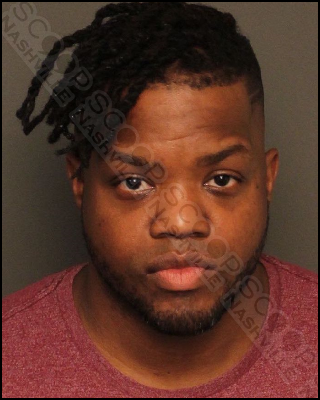 35-year-old Ruchadd Bivins was booked on a summons to appear this week in a case where he is charged with an assault in downtown Nashville. On June 26th, Bivins was driving in downtown Nashville while pedestrian Katlin Nicely was walking near the end of a marked crosswalk, and he turned his vehicle, nearly hitting her. She continued properly walking down the sidewalk when Bivins turned alongside her, got out of his car, and began to yell at her. He then got back in his car and followed her as she continued to walk and once again exited his vehicle, still screaming at her. Bivens then retrieved a jar of vaseline from his car and threw it at Nicely, striking her in the chest.

Ruchadd Bivins was booked on the summons to appear, which charged him with assault and will appear in court in late September.