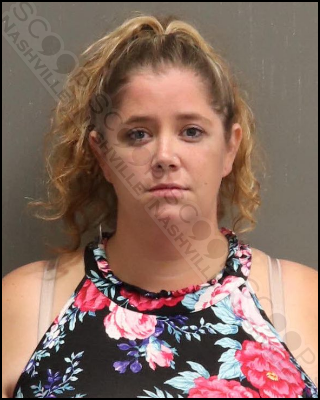 Something about the alcohol in Nashville just hits different; just ask 36-year-old David Beson and his girlfriend, 36-year-old Jessica Langfeldt, who were jailed on their current recent to Music City. Dave was being aggressive with security at Nudie’s Honky Tonk early Saturday morning when police arrived to find him extremely intoxicated and took him into custody before things escalated further. As he was being cuffed, Jessica wrapped her arms around him and refused to move so he could be cuffed. She then grabbed his arms and attempted to pull him away and free him from the officers effecting the arrest. She, too, was determined to be extremely intoxicated and was placed into custody.

Jessica Rose Langfeldt and David M. Beson were both booked into the Metro Nashville Jail on August 6th, each charged with public intoxication. A judicial commissioner set each bond at $500.