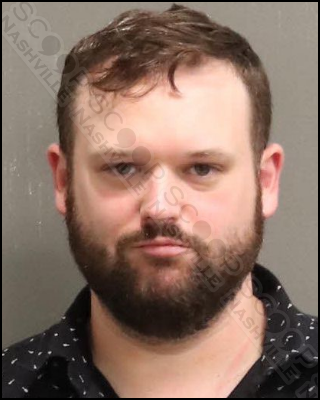 Metro Nashville Police & fire responded to I-40 East near White Bridge Pike in the early hours of Monday morning and pulled 30-year-old Nashville Musician Franklin “Trey” Calloway out of his Ford F-150, which he crashed. Multiple Nashville Firefighters say Calloway told them he had been drinking, and police say he reeked of alcohol upon contact. As he tried to stand on his own, officers had to catch him several times as he attempted to topple over. He motioned he “wasn’t sure” when asked how much alcohol he had consumed, and after the first two field sobriety tests, Calloway stated, “I know I’ve failed the tests already; why are you embarrassing me?” and refused all other tests.

Franklin Calloway of 26th Ave N. in Nashville, TN, was booked into the Metro Nashville Jail on August 8th, charged with driving under the influence (DUI) and violating the implied consent law. A judicial commissioner set his bond at $2,000, and the Davidson County Sheriff’s Office gave him pre-trial release from their facility.

Calloway was spotted with his girlfriend, Raina Rotondo, in the hours prior to the crash.