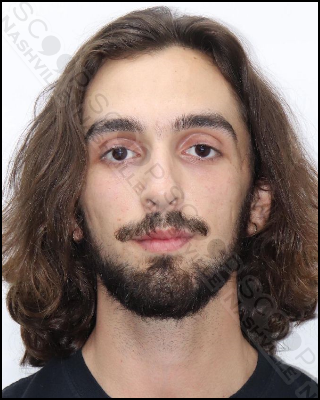 22-year-old Andrew Provenzano was attending the Red Hot Chili Peppers concert in Nashville Friday night when police say he violated an unspecified policy of the venue and was escorted out by Apex Security and told to leave the property for the duration of the event. Upset that the Black Summer would go on without him, Provenzano decided to Give it Away, his freedom that is, and get to the Otherside, knowing he Cant Stop and took on a full-speed run, Easily making it through all security checkpoints. Police then took him into custody for trespassing and transported him to booking.

Andrew J. Provenzano of Ash Court in Wexford, PA, was booked into the Metro Nashville Jail on August 12th, charged with criminal trespass. A judicial commissioner set his bond at $500, and the Davidson County Sheriff’s Office gave him pre-trial release from their facility.