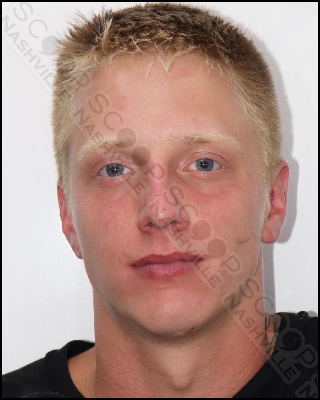 Metro Nashville Police working the Entertainment District Initiative on Broadway in downtown Nashville Sunday responded to a fight-in-progress call at Nashville Underground. Michael Holley, a bouncer at the venue, says he kicked 22-year-old tourist Anthony Jordan Nihoff out of the bar, and the two were arguing when Nihoff struck him.

Anthony Jordan Nihoff of Irma Lane in Olmsted Township, OH, was booked into the Metro Nashville Jail on August 14th, charged with assault and disorderly conduct. A judicial commissioner set his bond at $1,500, and the Davidson County Sheriff’s Office gave him pre-trial release from their facility.