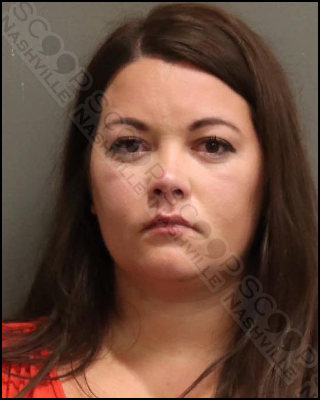 Nashville Police say 27-year-old Micaela Kirkwood was swerving wildly in and out of lanes on Rosa Parks Blvd and driving up the center median early Monday morning. As officers conducted a traffic stop, the smell of a “sweet alcohol” was coming from Kirkwood and her vehicle. She admitted to drinking wine, but calmed it was hours earlier, and performed poorly on field sobriety tests. At one point, she stated: “I can’t even do this sober!” during field sobriety tests and was wobbly on her feet. She was transported to booking and charged with DUI.

Micaela K. Kirkwood of 7th Ave N. in Nashville, TN, was booked into the Metro Nashville Jail on August 15th, charged with driving under the influence (DUI), and violation of the implied consent law. A judicial commissioner set her bond at $1,000, and the Davidson County Sheriff’s Office gave her pre-trial release from their facility.