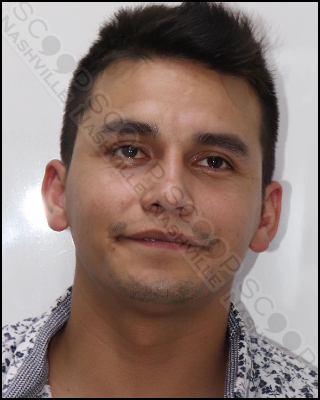 Metro Nashville Police were dispatched to a disorderly person call at Demonbreun St & 2nd Ave S Wednesday night to find 27-year-old Edgar Lucero unsteady on his feet and visibly intoxicated. As they spoke to him, his words were slurred, and he reportedly reeked of alcohol. Due to his level of intoxication and inability to care for himself, Lucer was taken into custody and charged with public intoxication.

Edgar Lucero was booked into the Metro Nashville Jail on August 17th, and charged with public intoxication. A judicial commissioner set his bond at $100.