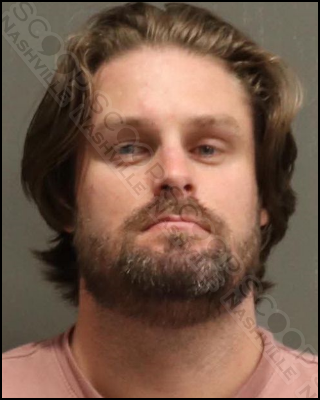 Metro Nashville Police working the Entertainment District Initiative Thursday night in downtown Nashville responded to the Mellow Mushroom on Broadway to find 33-year-old Robert Lee Strieter heavily intoxicated and unable to care for himself. Officers say he had been kicked out of several downtown bars throughout the night and was a danger and annoyance to himself and others. Strieter was transported to booking and charged with public intoxication.

Robert Lee Strieter was booked into the Metro Nashville Jail on August 19th, and charged with public intoxication. A judicial commissioner set his bond at $100.