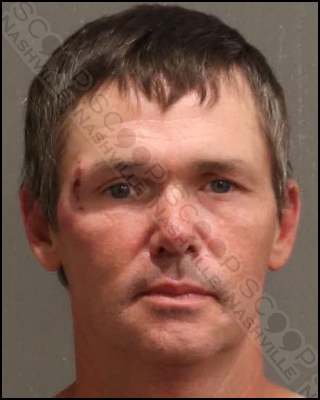 Metro Nashville Police Officers working the Entertainment District Initiative Saturday night responded to Losers Bar & Grill in downtown Nashville for an altercation between bar staff and 44-year-old Adam Stanley. Stanley was trespassed from the location and went about his night. A half-hour later, Stanley returned to the location and attempted to enter, despite just being trespassed and told not to return. He was transported to booking and charged with criminal trespass.

Adam L Stanley of Paschal Rd in Unionville, TN, was booked into the Metro Nashville Jail on August 21st, charged with public intoxication and criminal trespass. A judicial commissioner set his bond at $200.