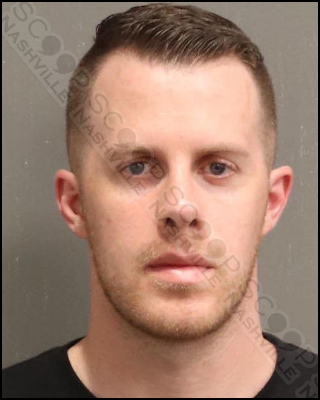 28-year-old Michael Medland was causing a disturbance at the Millenium Maxwell House hotel in North Nashville in the early hours of Saturday morning. He refused to leave when asked by staff, and Metro Nashville police were called to the property. Security advised he was not a guest of the hotel and told police “take me to jail” when they asked him to leave the property on his own. He stated he had been drinking for “a while” and could not remember how he got to the hotel or where he was actually staying for the evening. Due to his level of intoxication and inability to care for himself, Medland was taken into custody and charged with public intoxication, criminal trespass, and disorderly conduct.

Michael D. Medland of San Martin, CA, was booked into the Metro Nashville Jail on August 20th, charged with criminal trespass, public intoxication, and disorderly conduct. He is free on a $1,250 bond.