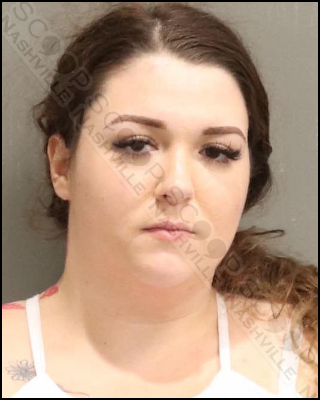 Metro Nashville Police say 23-year-old Breanna Stuckey was extremely intoxicated in downtown Nashville this weekend. How intoxicated was she? At 1201 Broadway, a citizen named Brian was sitting in his car when Stuckey walked thru the parking lot and just laid down in front of his car. She then got up and attempted to get into vehicles that were not hers. When police attempted to assist her, she was not coherent with her words and could not form complete sentences. She wasn’t sure where she was, who she was with, or where she was staying. She reeked of alcohol and had trouble remaining steady while standing.

Breanna Stuckey was booked into the Metro Nashville Jail on August 21st, charged with public intoxication. A judicial commissioner set her bond at $200.