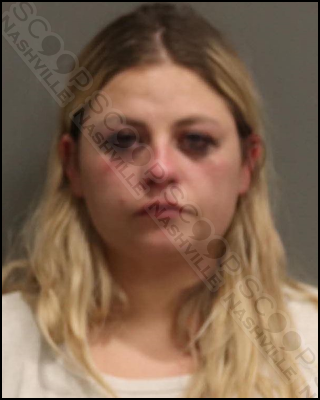 23-year-old Rylee Ann Maben told Metro Nashville Police she was leaving downtown Nashville late Monday night when she crashed on I-24 after taking an exit ramp too fast. Maben told police she had a few alcoholic drinks prior to driving and performed poorly on field sobriety tests. She was transported to booking and charged with DUI.

Rylee Ann Maben of SE North Star Dr in Happy Valley, OR, was booked into the Metro Nashville Jail on August 22nd, charged with driving under the influence and implied consent. A judicial commissioner set her bond at $2500, and the Davidson County Sheriff’s Office gave her pre-trial release from their facility.