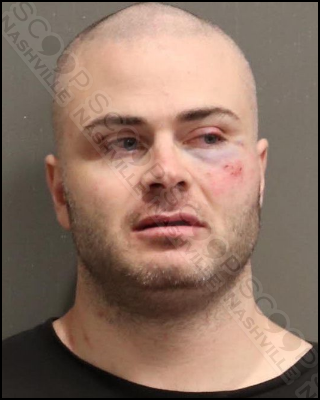 Metro Nashville Police were involved with an unrelated call in downtown Nashville in the early hours of Friday morning when they were flagged down and directed to 37-year-old Joel Weisberger, who was becoming aggressive toward other citizens. Officers observed him to be extremely intoxicated and yelling at other patrons for no reason as they made contact with him. Weisberger had two friends with him who were attempting to get him back to the hotel, and they got him in the patrol car so the officer could drive him there. Along the way, he began to yell and scream and hit the interior door of the police cruiser in an attempt to get out while it was moving. Due to his continued drunkenness and behavior, he was placed into custody and transported to booking.

Joel Weisberger was booked into the Metro Nashville Jail on August 26th, charged with public intoxication. A judicial commissioner set his bond at $100.