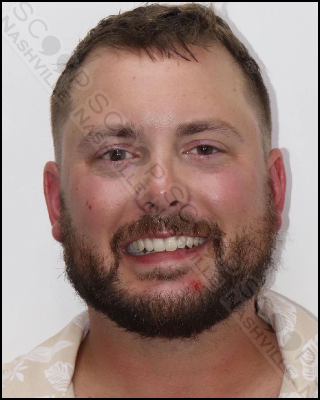 33-year-old Andrew Weston was on Broadway in downtown Nashville Saturday, attempting to fight another person when officers working the Entertainment District Initiative observed the scuffle and stepped in to separate the two parties. Weston, who was highly intoxicated, claimed the other person took his iPhone, and the other person was adamant he was mistaken. Officers verified the person he was attempting to fight didn’t have his iPhone and believed the issue to be settled when Weston bolted past officers to attack the person again. He was taken into custody and charged with public intoxication.

Andrew H. Weston was booked into the Metro Nashville Jail on August 27th, charged with public intoxication. A judicial commissioner set her bond at $500.