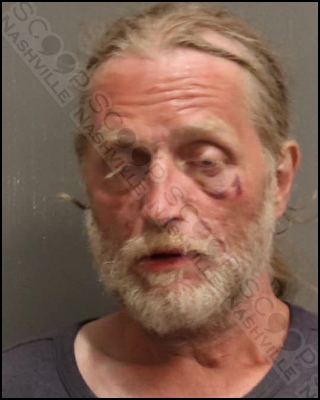 Metro Nashville Police Officers working the Entertainment District Initiative in downtown Nashville on Broadway Friday encountered 52-year-old Tommy Houser, who was having trouble standing on his own. As they approached Houser to check on his well-being, they observed he reeked of alcohol and was having trouble caring for himself, and had great difficulty in keeping his pants pulled up. As he was being taken into custody for public intoxication, Houser made racial comments to the arresting officer and referred to an officer as a ‘ni****’ while being arrested.

Tommy L. Houser was booked into the Metro Nashville Jail on August 26th, charged with public intoxication. A judicial commissioner set his bond at $100.