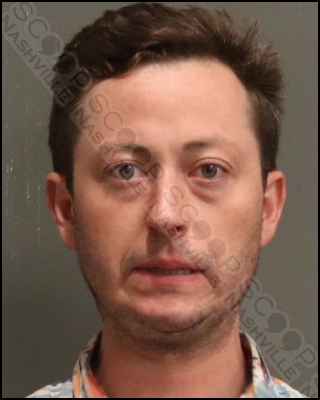 Metro Nashville Police arrived at a residence on Clearbrook Drive Saturday to find multiple bullet holes in the grass of the yard, as well as a shotgun shell. Christian Venson called 911 to report that his girlfriend’s brother, 36-year-old Julian Michael Keith knocked on his door then he heard a gunshot. He had also knocked on the door of his mother, Julia Keith. As Venson ventured outside with his girlfriend, Johanna Keith, they observed Julian standing with a shotgun in his hand. He began ranting about an incident from two months prior and stated he was angry. He then asked Venson, “Do you want to come to get the gun out of my hands?” Venson replied “no” to the question, and Keith continued, “Because I would blow your head off.” Venson told him that he didn’t want to die today, prompting Keith to turn and fire another shot into the ground with the shotgun. Keith then fled in his vehicle before officers arrived. He was then located and taken into custody. Venson says he believes Keith acted this way because he had been up for 24 hours due to his ADHD.

Julian Michael Keith of Wauford Dr in Nashville, TN, was booked into the Metro Nashville Jail on August 28th, charged with aggravated assault with a deadly weapon. He is free on a $10,000 bond.