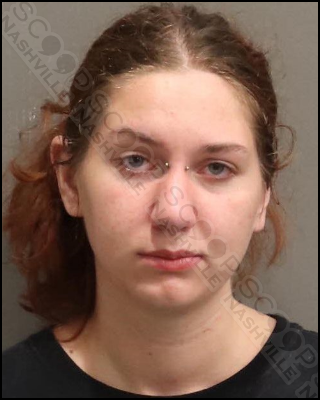 Brian Reed told Metro Nashville Police that his girlfriend, 20-year-old Julia Krogh, sent him a text message to come home and move out when she found out he was cheating on her. He arrived at the Antioch residence and found her armed with his gun. An altercation ensued, the two wrestled, and he eventually took control of the gun, but not before she punched him in the face and shattered the screen of his phone. During questioning, Krogh told police she “got violent” and admitted to punching him and throwing his phone because she knew he was recording.

Julia N. Krogh was booked into the Metro Nashville Jail on August 30th, charged with domestic assault with bodily injury and vandalism. A judicial commissioner set her bond at $1,500.