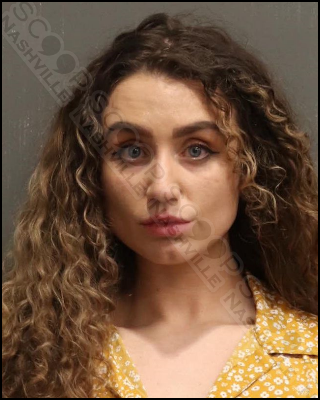 30-year-old Brittany Nicole Cline was stopped by Belle Meade Police just after 1 a.m. Friday due to an expired tag on her vehicle. As Officer Haley Doty spoke with Cline during the traffic stop, she could smell alcohol coming from Cline’s breath and noticed a Modelo tallboy in the center cup holder and 4 empty White Claw cans along with a variety pack of unopened cans. Cline performed poorly on field sobriety tests and was unable to provide a proper sample for a breathalyzer, despite three attempts. She was charged with DUI and transported to booking.

Brittany Nicole Cline of Page Road in Nashville, TN, was booked into the Metro Nashville Jail on September 2nd, charged with driving under the influence (DUI) and violating the implied consent law. A judicial commissioner set her bond at $2,500, and the Davidson County Sheriff’s Office gave her pre-trial release from their facility.