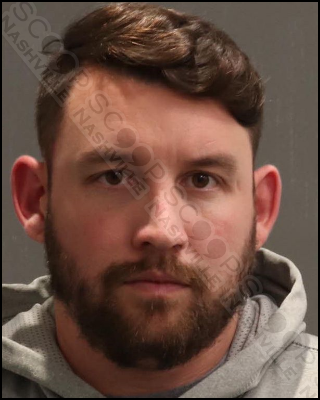 Metro Nashville Police responded to a home on 11th Ave N. on Monday after Rachel Elrod called to report her ex-boyfriend, 31-year-old Jezreel Castillo, was attempting to gain entry to her home. Castillo was able to make entry into the attached garage but was unable to make entry into the living area as the interior door lock was engaged. Elrod says Castillo then began to text and call her repeatedly — 15 times within 30 minutes in a threatening and harassing manner, leaving her in fear for her life. He fled prior to police arriving but was booked on the charges a few hours later.

Jezreel Castillo of 16th Ave N in Nashville, TN, was booked into the Metro Nashville Jail on August 29th, charged with aggravated criminal trespass and harassment. A judicial commissioner set his bond at $2,000.