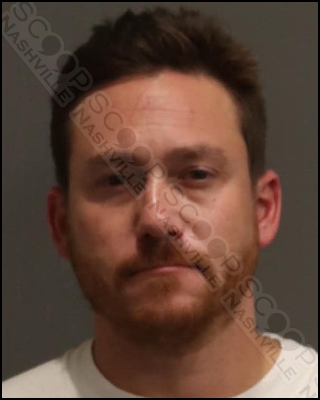 Metro Police say 38-year-old Jerry Bachner was involved in an accident with another vehicle near 51st Ave N & Indiana Ave in the early hours of Saturday morning. While describing how the accident occurred to police, they reported smelling alcohol coming from Bachner, along with his slurred speech during the conversation. He admitted to consuming “4-5” alcoholic drinks at the local dive bar, Betty’s Grill, just a couple of blocks away from the crash site. Bachner performed poorly on field sobriety tests and was transported to booking, where he was charged with DUI.

Jerry Bachner of Pennsylvania Ave in Nashville, TN, was booked into the Metro Nashville Jail on September 3rd, charged with implied consent violation and driving under the influence (DUI). A judicial commissioner set his bond at $2,500.