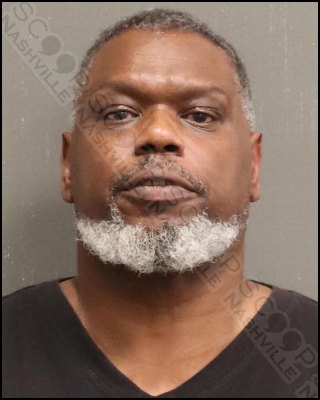 A fifteen-year-old girl says her father, 57-year-old Floyd Thomas Jr., brutally beat her with a belt on September 7th. She told police she had taken a walk around her Antioch neighborhood with her sister, which she does every today, but on this day, her father felt the walk took too long. When she returned home, she says he took a belt and began to beat her with it, hitting her over and over again, and when she went to her bedroom, he followed her and continued to beat her as she screamed. She was able to escape and run to a nearby home, where police and first responders were called. Officers documented injuries “from her neck to her ankles,” including large welts to her upper back, visible welts, and redness covering her arms and legs. She also had a mark on her face. Police found the father at his home, and he claims he only spanked her on the bed, but she moved around; he explained she recently had to move to a new school due to behavioral issues. Thomas was charged with child abuse and transported to booking.

Floyd Thomas Jr. of Oak Timber PL in Antioch, TN, was booked into the Metro Nashville Jail on September 7th, charged with child abuse. A judicial commissioner set his bond at $1,500.