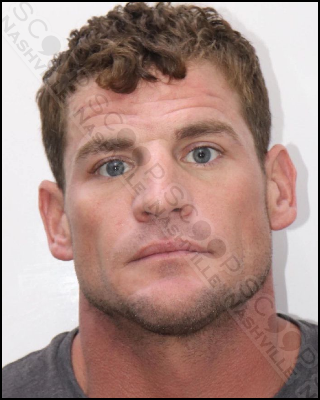 37-year-old Jonathan ‘Jonny’ Loyd was jailed Wednesday on two outstanding warrants charging him with rape and domestic assault. An August 2022 affidavit filed by his ex-wife, Ashley Smith, details an incident that occurred in October of 2021 when they were divorced but still living together. She says at 7 a.m. on a Monday, Loyd pulled her out of bed by her leg and dragged her down the hallway into the living room, and kicked her in the gluteus Maximus while she was on the floor.

Smith says Loyd then pulled her back into the bedroom, backhanded her into the face, verbally declared he was her pimp and stated he wanted all of her money, while reminding her that “snitches get stitches.” She says he then strangled her until she urinated and defecated on herself. She “felt dizzy” but never fully lost consciousness, according to the report.

The report details that Smith says she was forced to perform oral sex on Loyd in order to stop the assault, and after he finished sexually, he calmed down and let her go. She says she suffered a black eye and bruising throughout her body from the assault.

Jonathan Loyd of Rose Ct in Ashland City, TN, was booked into the Metro Nashville Jail on September 7th, charged with rape and domestic assault with bodily injury. A judicial commissioner set his bond at $17,000.